Leading electrical wholesaler City Electrical Factors lines up on the starting grid for the first time in 2016 as sponsors of the Milwaukee BMW Motorrad World Superbike Team.

As the Milwaukee BMW Motorrad Team prepare to debut in the 2016 FIM World Superbike Championship in Philip Island, Australia on 26th – 28th February, CEF were revealed as a sponsor at an eagerly anticipated press launch.

Milwaukee BMW Motorrad was the last of the teams to reveal and anticipation had built since the team began testing in a neutral black livery at Circuito de Jerez in late January. The team launch happened on 25th February ahead of the first race of the season at a packed press event. The team unveiled their new sponsors, bike livery and team wear to the world; followed by a Q&A session hosted by Michael Hill with the riders and management. CEF join Milwaukee, Gulf, Euro Car Parts, Booth Construction and AB Racing as sponsors of the SMR team.

Jeremy Saunders, CEF General Manager commented; “We are really excited to support Milwaukee as sponsors of the new SMR team as they move up from British Superbikes to the world stage.”

He went onto add, “Motorsport and in particular Superbikes are extremely popular with many of our customers and this is an excellent way to make the CEF brand more visible and build customer relationships and we look forward to a thrilling season ahead.”

The SMR team made two significant changes to their plans in 2015 – after two British Superbike Championships in 5 years with Yamaha, the team announced new bike partners [BMW] and the move up from British to World Superbikes.

“It’s a proud moment for the team and our sponsors to unveil the bikes and riders to the wider public here at Phillip Island. The build up to this point in time has been tremendous. My team and riders have faced every possible challenge in such a short period of time. Logistically and technically we have ticked every box. In fourteen weeks we have gone from a domestic championship winning team to World Superbike contenders. With just six problematic test days behind us, we hit the track here at Round 1 in Australia. It’s clear and obvious we are on the back foot in terms of on track performance, however I have every faith in the team and especially Karel and Josh that they will start to get the feel and understanding of the Milwaukee BMW 1000RR and results will follow. I’d like to take this opportunity to thank our sponsors for their support in this new exciting project.” 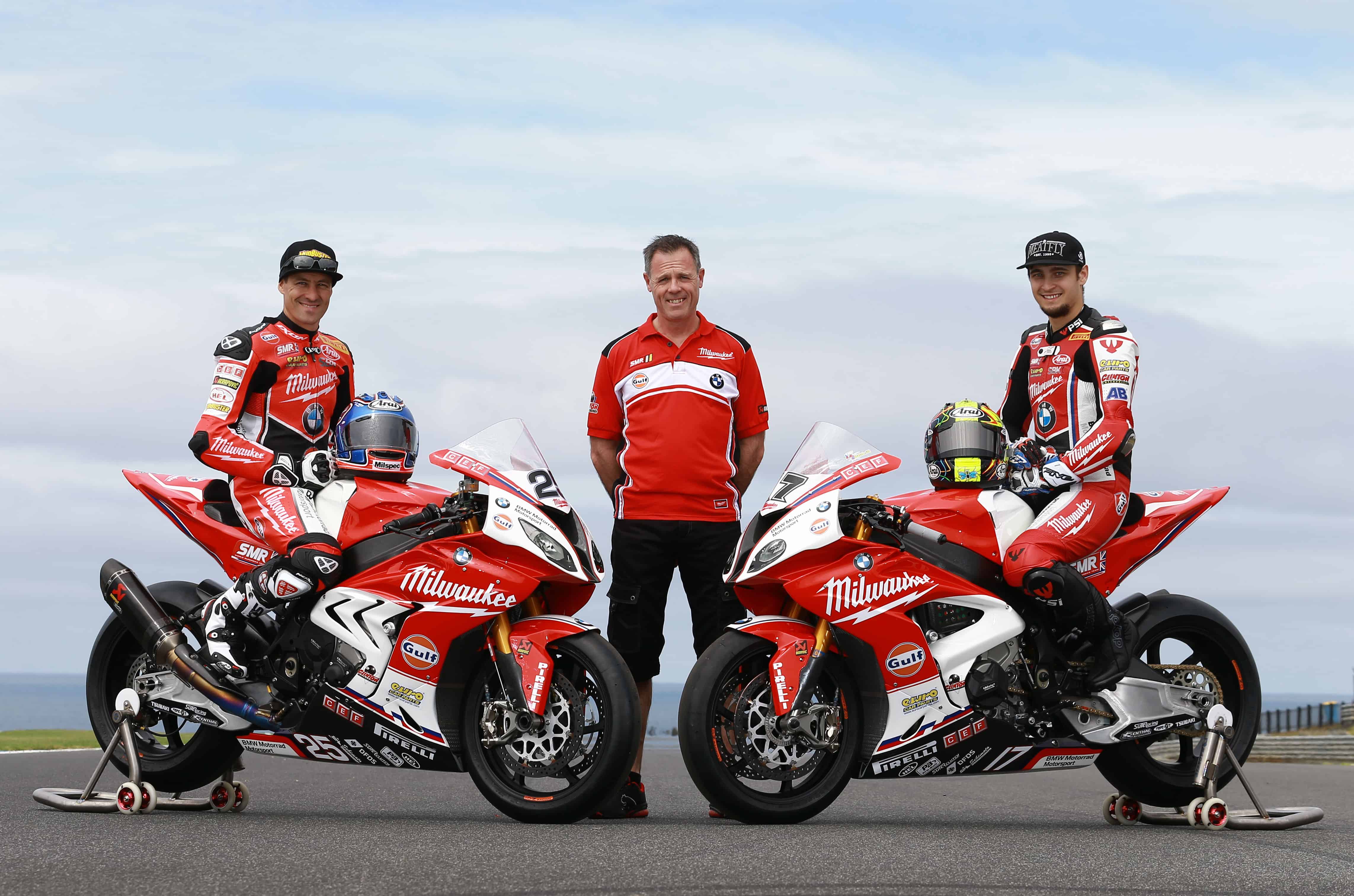 CEF Line Up on the Starting Grid Final
(CEF-Line-Up-on-the-Starting-Grid-Final.docx)