The Building Controls Association (BCIA) is pleased to announce that they have appointed Roger Borer BA (Hons) as their new Executive Officer. Roger’s role in the organisation is pivotal to the operation of the Association and reports to the President Malcolm Anson and the Vice President Jon Belfield.

The Executive Officer is responsible for running four committees, working groups and general members’ meetings. Additionally, Roger will liaise with FETA, external organisations and sub-contractors, as well as looking after the financial stability of the organisation.

Furthermore, Roger will also be promoting the BCIA to individuals and the trade press. Acting as first point of contact for the Association, other duties will include the development and execution of all events and day to day administration.

Roger has a vast range of experience making him ideal for the position. He spent over 30 years employed by J Sainsbury Plc and delivered many complex projects including Year 2000 compliance and setting up Sainsbury’s Property Company. An understanding of building controls was pivotal in his success of the delivery of capital construction projects.

Roger is a Fellow of the Institute of Refrigeration (IOR) and has been the Honorary Treasurer of their Executive Council for the past 12 years. Notably, he has significant experience in working with sub-contractors and consultants which will equip him well for this role.

Roger will attend the BCIA Awards in May, why not book your table here: https://bcia.co.uk/awards/

Malcolm Anson, President of the BCIA says: “We are delighted to welcome Roger on board in his capacity as Executive Officer. Roger will form an integral part of the team at the BCIA and we are all looking forward to working with him. Roger’s wealth of experience and industry knowledge will make him a key addition to the Association.” 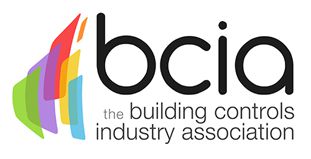