The Virgin Money London Marathon proved to be a huge success for the Electrical Industries Charity with charity runners raising over £33,000.

The London Marathon remains one of the biggest charity fundraising events in the UK and this year the Electrical Industries Charity had a staggering 28 runners complete the gruelling 26 mile course. But for one runner 26 miles wasn’t enough because Mark Griffiths of Reggiani not only completed the course – he did it twice, starting at 2am to run from the finish to the start before joining the rest of the runners on the official start line.

Mark commented: “In my role as a lighting designer at Reggiani I strive to create the most appropriate way to express light to make each and every project special, but none of this would be possible without the cooperation of my colleagues in the electrical, electronics and energy industries, which is why I chose to support their worthwhile cause”.

Operations Manager, Jill Nadolski says: “ I would like to say a huge thank you to everyone who took part in the Virgin Money London Marathon on behalf of the Electrical Industries Charity. Their efforts have raised a staggering amount for the Charity and we are delighted that we have had the best turnout ever for this event in the year that we celebrate our 110th anniversary.

“We have already had enquiries about places for the 2016 event and I can confirm that we will once again be offering Gold Bond places to those who would like to take part and raise funds for the Electrical Industries Charity. But it is worth remembering that if you do get a ballot place for 2016 you can still raise funds for the charity and help us to support those in our industry when they need it most.” 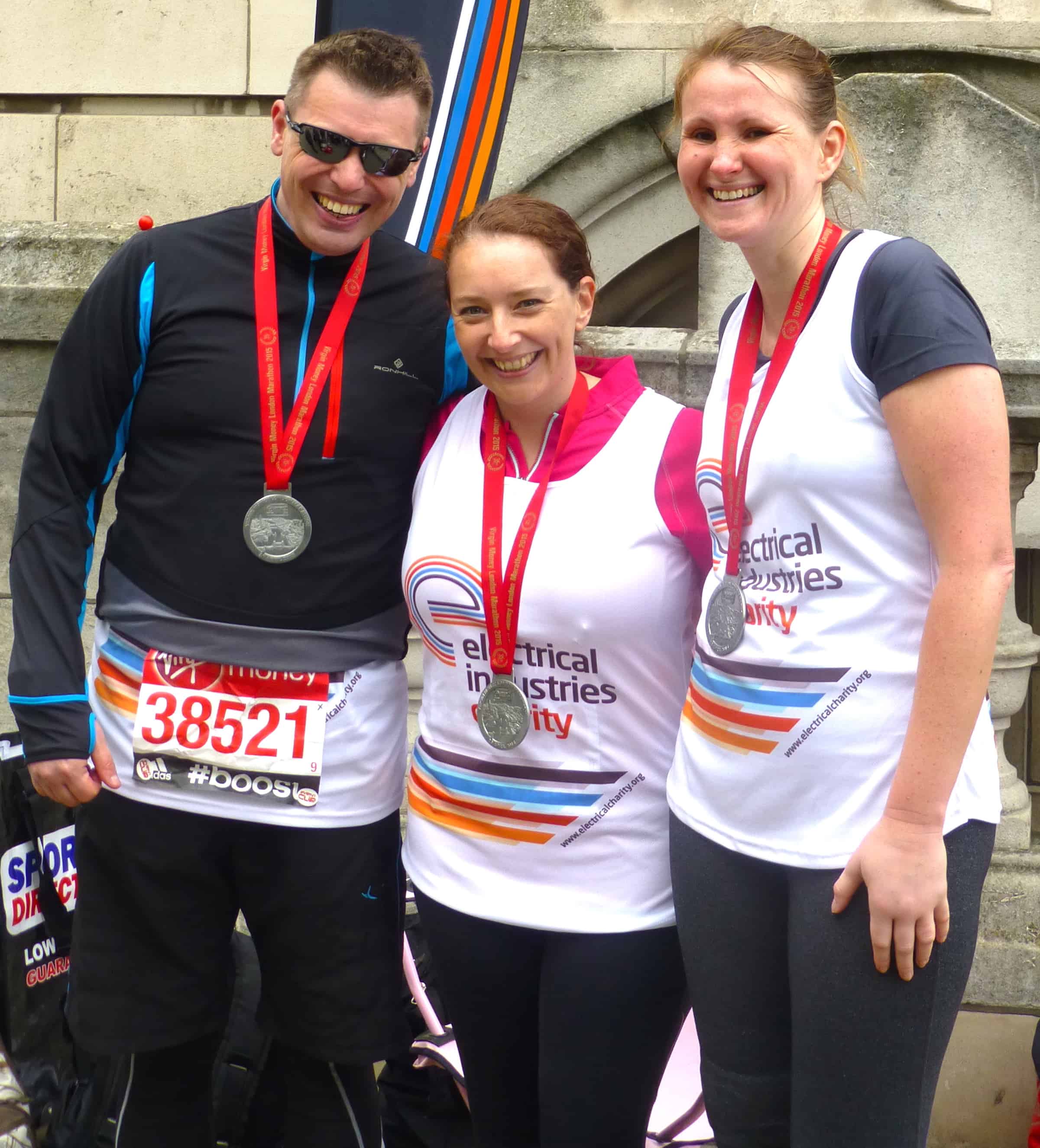